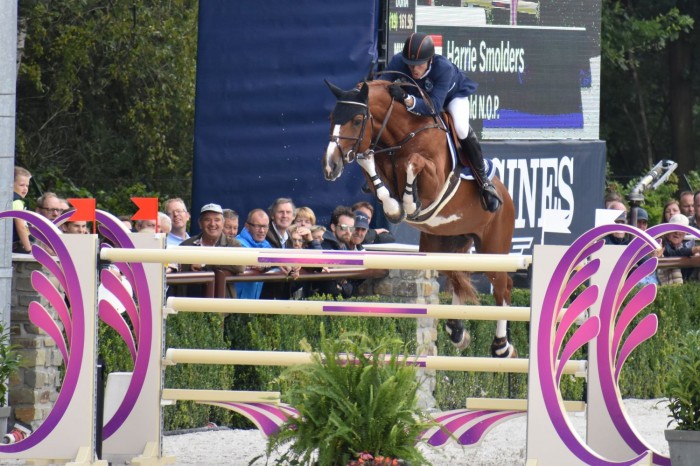 This stallion is characterized by his friendly character, his winning mentality but above all by his perseverance. He is a very appealing chestnut stallion who wants to win and does not give up just like that. Over the years he has become a favorite of the public among show jumpers.

Emerald already has a number of beautiful offspring that perform at a high international level. There are now more than 100 descendants in international sport. The most famous offspring of Emerald is Igor. In 2018 an embryo from Igor was even sold for 60,000 EURO !
Igor has already shown some great achievements in 2019 such as:

It is therefore not surprising that this stallion is in the lead in no less than 3 of the 5 HorseTelex Rankings in 2020! Both on the A, B and C ranking.

Emerald has a beautiful fox color with a golden mane, 4 white feet and a white spot under its belly. With its height of 1.70m it is a very impressive appearance.

When Emerald was 6 years old, his success story began. With his regular rider Harrie Smolders, he became reserve champion for young horses in Zangersheide in 2010. Here his rolling career began with countless wins to his name at the highest level.

In 2019, the stallion retired with his wonderful career. He is now fully used for breeding.

Semen from this impressive stallion can be ordered at, among others:

You will also regularly see descendants of Emerald van 't Ruytershof in our auctions! Keep an eye on our website, follow us on Facebook or create an account and you will receive an email as soon as a new collection is online!