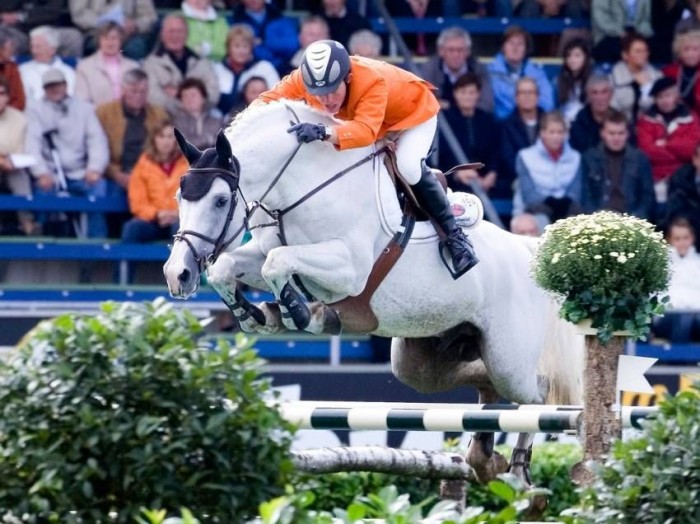 STALLION OF THE MONTH OCTOBER: BERLIN (CASSINI I X CARETINO)

Berlin was a beautiful horse to the eye. With his beautiful appearance, long legs, strength, athletic ability and work-willing character, he was a very nice stallion to ride but also to look at.

Despite the fact that Berlin was only approved as a breeding stallion at the age of 9, he was still in 5th place in the HorseTelex World Ranking in 2020. Unfortunately, he also died that year of old age.

A number of toppers of offspring of this beautiful stallion include:
Fionapina Colada, Jumper, Zerlin M and Glock's Brilliant Berlin

Berlin was a long-lined gray stallion with a height of 1.74m. He stood pretty high on his legs.

This beautiful stallion passed away in 2020 at the age of 26 from old age. He has put in some great performances during his jumping career. He has won many prizes especially with Gerco Schröder.

A number of results from Berlin at a glance: