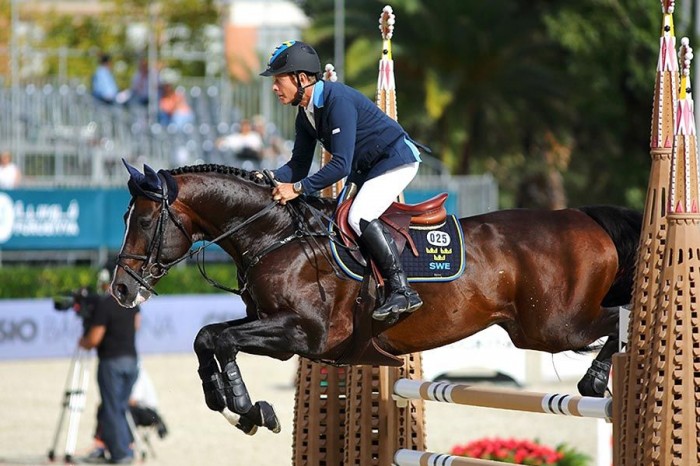 This stallion is very spirited under saddle, has an impressive jump and very strong legs.

According to the World Breeding Federation of Sport, Casall has been one of the top twenty showjumping horse sires since 2013. He occupies fifth place in the 2020 ranking.

A number of toppers of offspring of this beautiful stallion include:
Chesall Zimequest, Casello, Caracas, Cita and Casallo Z.

In our auctions we've sold Remigius E.C. from Casall.

With his height of 1.67m and a beautiful brown color, Casall is a beautiful stallion to see.

At the pre-selection for the Holstein stallion selection in November 2001, Casall, as a 2-year-old stallion, already stood out as a particularly interesting stallion and he has lived up to it. In 2017 Casall said goodbye to show jumping with a winning sum of € 3,355,000. His presentation list is very long, below are some of his impressive achievements.