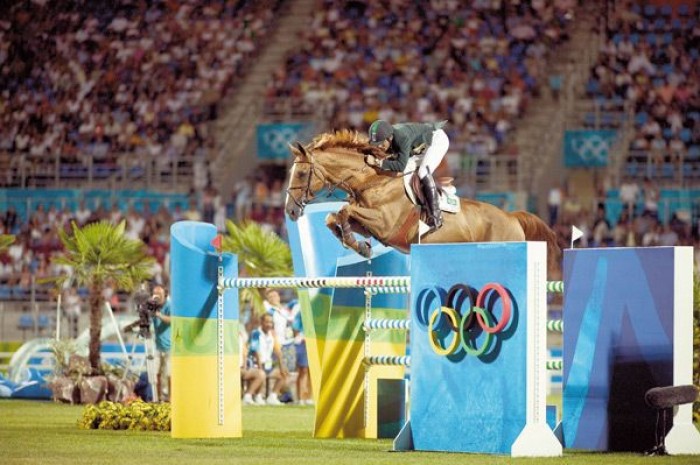 Character
As a young 5-year-old stallion he was not exactly a good jumper. "He was a bit lanky and uncoordinated," said Rodrigo Pessoa, who later won many big prizes with Baloubet. But a year later, in 1995, they were already at the start in the final of the French championship for 6-year-old show jumpers. This stallion was cooperative, eager to learn and really had an unusually high intelligence.

Unfortunately, this jumping stallion passed away in 2017 at a beautiful age of 28.

Baloubet du Rouet is approved in the studbooks of Selle Français, BWP, Holsteiner and Hanoverian. He topped the WBFSH stallion rankings in 2012.

Baloubet de Rouet was a chestnut colored stallion with a lot of white hair. He was well on size with a height of 1.70m.

In 1999 and 2000 this stallion was number one in the world jumping rankings!

Semen from this impressive stallion can be ordered from: