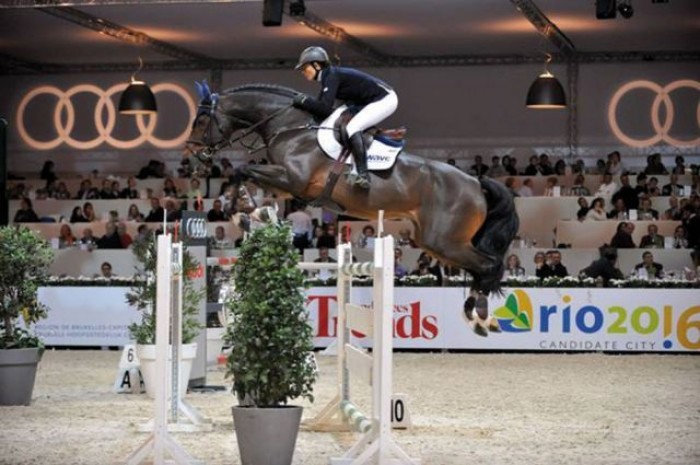 STALLION OF THE MONTH SEPTEMBER: TOULON

Toulon is a beautiful and sweet stallion with a lot of jumping ability, great spacious basic gaits, a nice size and passes his scope and technique on to his offspring! In addition, he has a nice character which is certainly noticeable in his offspring.

Toulon has a nice list of offspring to his name. Because he has a lot of jumping ability and this in combination with his fine character, this makes this a nice stallion to ride and you can see that in a large number of his offspring.

Toulon is approved in various studbooks, including: BWP, HOLSTEIN, SELLE FRANCAIS and SBS.

A number of toppers of offspring of this beautiful stallion include:
Toulouse, Living the Dream, Toulago, Banjan and Bernadien van Wetuur.

Toulon has a nice height of more than 1.70 m and a deep brown color.

This stallion started his sport career as a 4-year-old and became an immediate winner in the classic cycle and without a single mistake! He did this a year later, as a 5-year-old, thinly. He also won great prizes as a 7-year-old and in subsequent years. In 2007 this beautiful stallion was named 'Horse of the Year 2007'.

Sperm from this stallion can be ordered from: