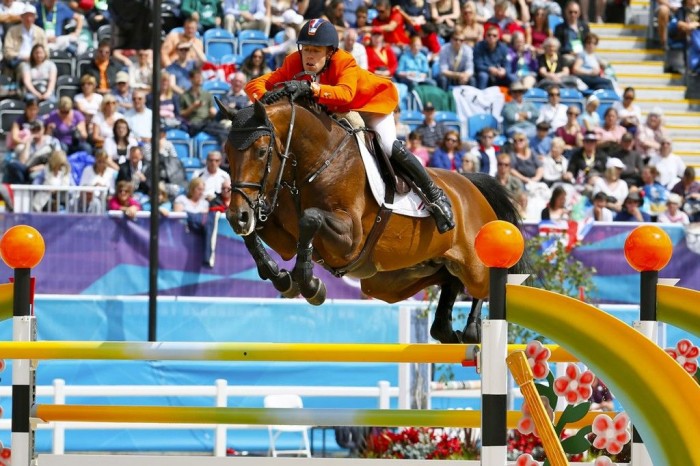 This fine stallion has a very work-willing, easy and balanced character. This makes him a fine jumping horse and he also passes this fine character on to his offspring.

Verdi TN comes from a very nice bloodline. Verdi's sire Quidam de Revel is one of the very best breeding stallions in the history of modern show jumping and we can't really say much else about dam's sire Landgraf I.

A number of toppers of offspring of this magnificent stallion include:
Bonjovi, Chaplin, Comic, Cuidam, Davinci, Calato, VDL Bubalu and New York.

His sons Farmgraaf and First Verdi have now been approved by the KWPN and Verdi has already produced several selection champions at the mare selections.

Verdi TN is a nice big stallion of 1.72. In addition, he is also a long-lined type of horse and has very good movements in walk, trot and canter.

In 2018 Verdi TN was named horse of the year by the KWPN and he was also on this list in 2019. And that's not for nothing. At that time, this stallion had been active non-stop in the international show jumping sport for 10 years.
Since 2017, it has been decided to only use Verdi TN at major 5* competitions. And he still does this with great success.

For years, Maikel van der Vleuten was the regular driver of Verdi TN and together they have been able to write these large and beautiful prizes to their name.