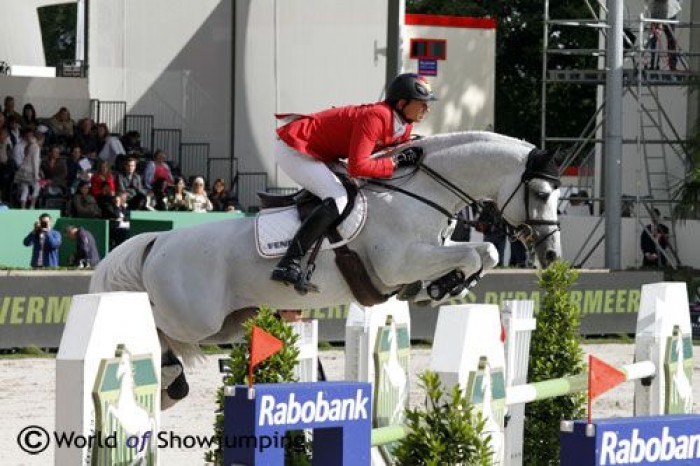 This stallion has a strong character. According to his long-time regular rider Marco Kutscher, the stallion was a stable lamb who loved to cuddle and sleep. But in other areas he could be a bit unpredictable. He was often very fresh and liked to show himself. At a later age, the stallion became somewhat calmer in his behavior. Cornet Obolensky is a stallion who jumped well and completed the jumps with ease. A stallion with a lot of jumping quality!

Cornet Obolensky has already produced around 3500 registered offspring up to 2020. Of those 3500, no fewer than 368 (until June 2020) were released in international jumping competitions.

The most famous Cornet offspring is Clooney Westf. With the Swiss rider Martin Fuchs, Clooney has already won several prizes such as:

At the Westphalian stallion inspection in 2001, this stallion scored a 9.24 for the jumping components and a 10 for the free jumping in the 30-day test!
With Marco Kutscher, this stallion has won several major prizes including:

In 2013 the stallion said goodbye to the sport and was fully used in breeding.

Semen from this charismatic stallion can be ordered from:

Cornet Obolensky in the auction

You can also regularly see offspring of Cornet Obolensky in our auctions! Keep an eye on our website, follow us on Facebook or create an account and you will receive email as soon as a new collection is online!