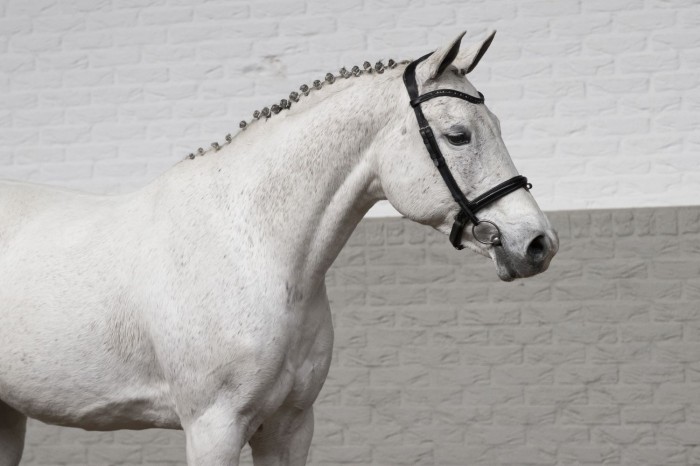 Last Saturday evening our 2nd auction of 2022 ended. Despite the unrest caused by the situation in Ukraine and its consequences on international trade, there was again a lot of interest from all over the world. A total of 25 promising embryos, ten genetically very interesting broodmares and five frozen straws of semen from prominent stallions appeared under the virtual hammer.

The auction topper was an implanted embryo by Escape Z, who competed at 1.50m level with Harrie Smolders. Here he is brought together with the exceptional stock of Smolders' former top horse, the Olympic stallion Emerald. Dam Penelope van 't Ruytershof has a mouth-watering pedigree and goes back to the 1.60m mare Diamanthina van 't Ruytershof. She is not only the full sister of Emerald, but also proves herself as the dam of the 1.50/1.60m horses Le Blue Diamond van 't Ruytershof, Kentucky van 't Ruytershof and Herald van 't Ruytershof. This genetically interesting combination will go to an investor from the Netherlands for an amount of €15,000.

Twelve-year-old Fiana M (by Zirocco Blue VDL) also changed hands for €12,500 and is leaving for Great Britain. Under Age Flapper, Fiana M ran 1.40m internationally. She comes from a strong performance line. Her dam Biana M is a half sister of the international Grand Prix show jumper Olinda (by Voltaire) and the 1.50m jumper Vayana (by Indoctro). Fiana M is in foal to Harley VDL.

Again there was a lot of interest from all over the world. Four lottery numbers were sold to the United States and three to Canada, but a large part will also be kept for Dutch sport.

We are very satisfied with the progress and once again looks back on the second auction of this year with a good feeling. "Very nice to see that we are still growing. We are grateful for the breeders, but also the buyers, who always know where to find us. More than 80% of the collection has actually been sold and that with an average price of almost €7,500 (embryos and broodmares) Congratulations to everyone with the great result and on to the next auction.”

The next auction is from 20 to 23 April. It is still possible to register a young jumper (three or four years old) for the selection days of this auction! Interested? Then click here.